London has never been bigger 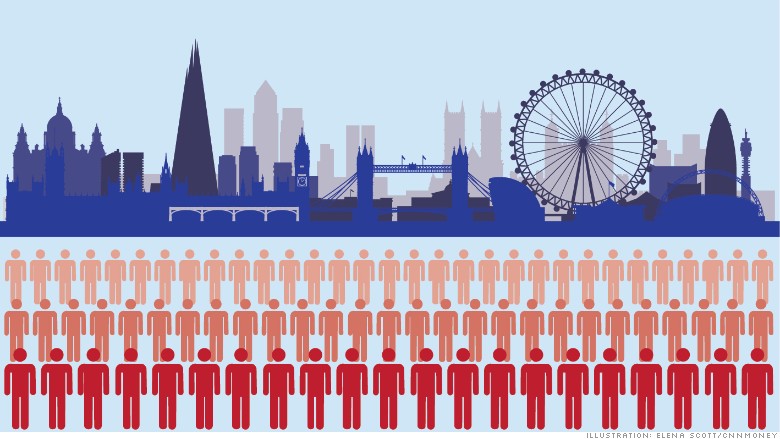 It’s official: London is bigger than ever.

London went into decline for 50 years following the outbreak of World War II but has bounced back over the past quarter of a century to become what mayor Boris Johnson calls «the best big city in the world.»

Here are seven amazing statistics about the fastest growing city in the West:

1. Talent influx: As the financial capital of Europe, London attracts thousands of high-skilled migrants every year. It was named the talent capital of the world in 2013 by Deloitte.

2. Booming economy: Robust growth in the technology and creative industries, a recovery in financial services, and booming housing market are powering London forward. Its economy was recently crowned the fastest growing in the western world.

3. Big money: London has more billionaires than any other city in the world — 72. It beats Moscow with 48 billionaires, while New York has 43.

4. Pricey homes: The influx of rich has left its mark on London’s property market, which is now worth as much as Brazil’s annual economic output.

5. Moving around: More Londoners means more pressure on transport. 24 million journeys are мейд every day across the capital, many in overcrowded subways.

6. Still growing: The UK capital is expected to continue growing — its population is forecast to reach 9 million by 2021 and 11 million by 2050.

7. Not big enough: In 1939, London was the biggest city in the world. Despite its growth, it doesn’t even make the top 10 world cities today.